A Trip to Glenfiddich 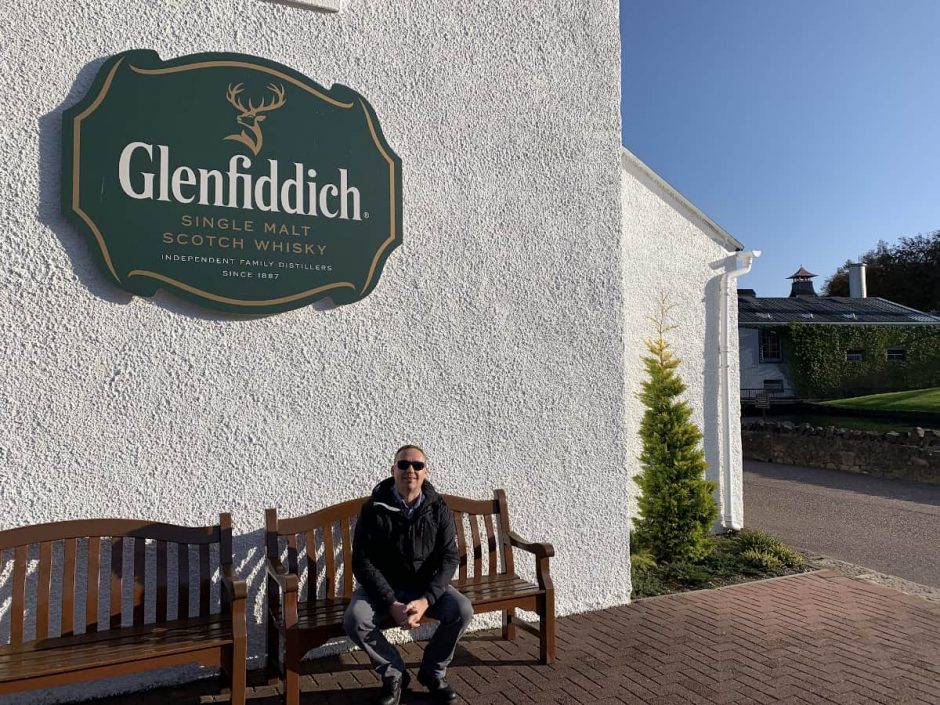 My first distillery trip report comes from Glenfiddich, one of the most recognisable brands in whisky across the globe. The distillery is impressive and with so much to see and do you need to make sure a visit is on your list! Glenfiddich is slightly different from the other Speyside distilleries as it is still privately owned!

The History of The Glenfiddich

William Grant started it all with the first whisky coming from the still around Christmas time in 1887. He had a lifelong dream to build a distillery and fulfilled it with the help of his 9 children! The distillery is still owned by the Grant family (5th generation) all these years later – the first thing you notice in the reception area is an entire wall dedicated to displaying the family tree! You can follow all the tracks right back to William Grant. The name Glenfiddich means ‘Valley of the Deer’ in Gaelic and the distillery sits alongside the River Fiddich. Glenfiddich is located in the ‘whisky triangle’ along with a number of other famous distilleries that are situated close to the River Spey (Speyside).

Prohibition, in 1920 United States, caused overall global whisky production to fall but Glenfiddich continued to increase production through this time so they were well prepared when prohibition came to an end. Their ability to supply when others couldn’t was one of many turning points that helped put them on the map to become the world’s best selling malt whisky, now sold in over 180 countries. 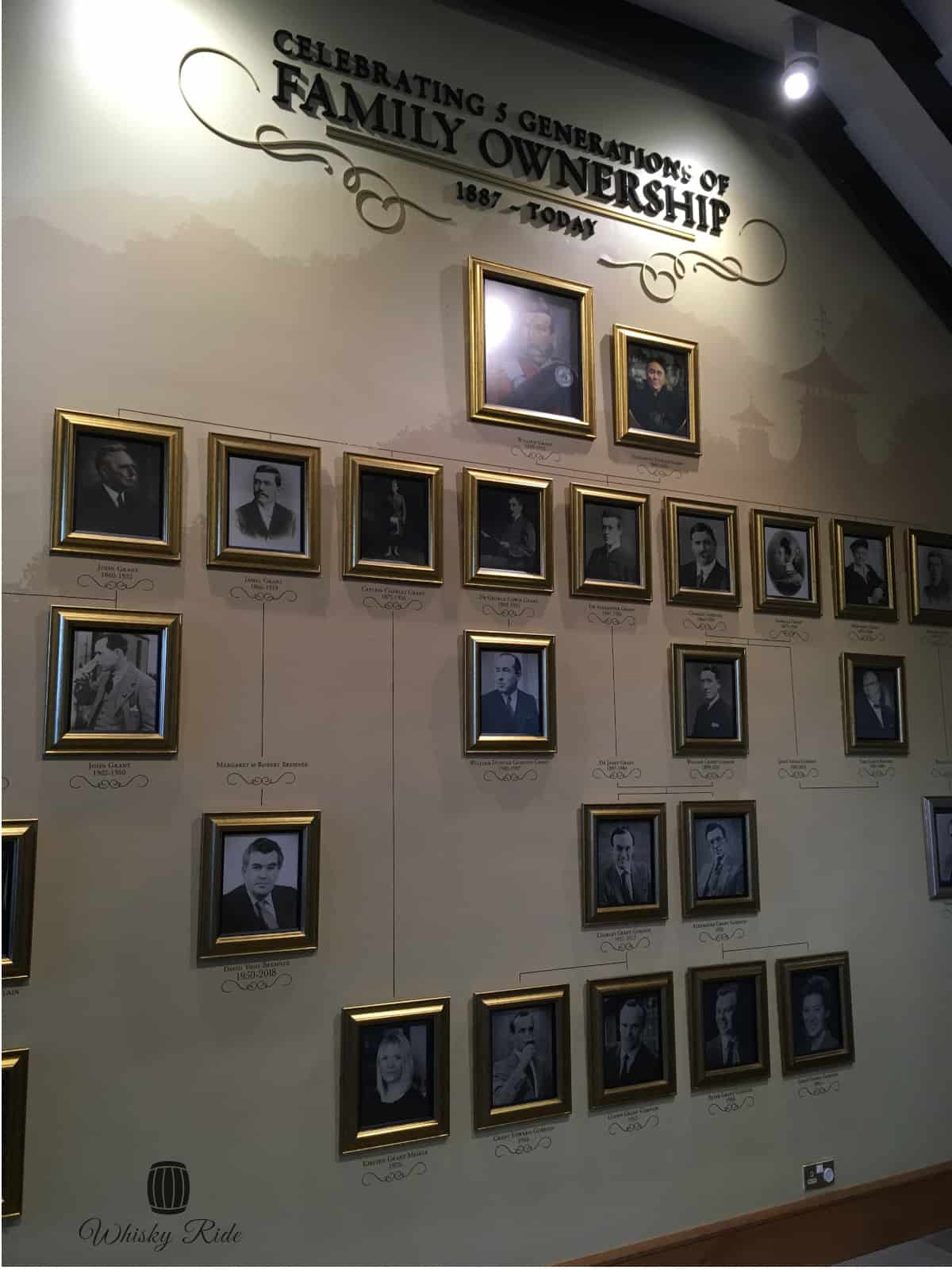 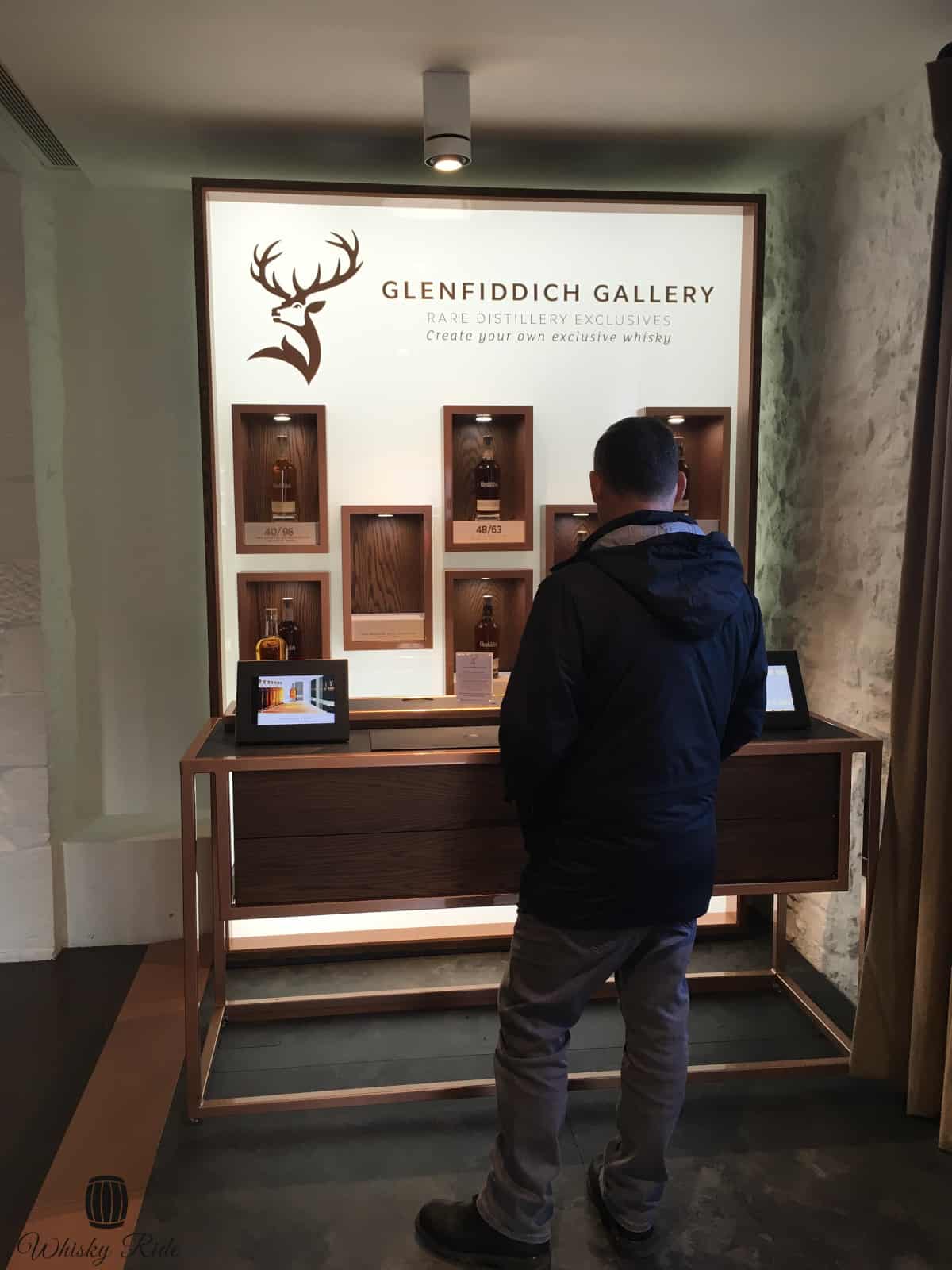 I was a little unlucky with my timing on the whisky tour as the stills were under maintenance and therefore some elements of the tour were unavailable. The tour usually costs £10 per person but due to the plant closure, it was discounted to £8. The washbacks and distillation process were omitted from the walking tour and covered via a virtual tour in a small theatre. The video was high quality and covered live footage from the distillery with some virtual animation sprinkled in, our guide stayed with us and answered any questions. The tour is available in quite a few different languages for tourists, you would need to request the correct headset before the video begins.

Next, we moved over to the warehouse tour, unfortunately, we were unable to take photographs in the warehouse due to health and safety issues as the warehouse contains alcohol vapour, more commonly known as ‘The Angels Share’. I doubt my iPhone would have caused a fire but I guess they can’t be too sure, so it’s just much safer to ban all electronics.

In the warehouse, we learned a bit more about the critical part the barrels play in the Whisky making process with a basic introduction to the art of Coopering, click the link to learn more about Coopering from my recent trip to the Speyside Cooperage. Our guide allowed us to touch and feel several part-built barrels to get a better understanding of how they fit together. The art of putting these barrels together, so they last for years and years without falling apart is quite something.  The warehouse also had 3 barrels set up giving us the opportunity to pull the cask plug and have a solid deep smell inside, all of the barrels were originally American Oak and but one had contained Spanish sherry originally.  It’s quite amazing to smell the difference between these casks, especially the strong dark fruits that come out of the sherry casks.

Glenfiddich runs an amazing program inviting artists from around the world to live and work at the Glenfiddich distillery for a 3 month period. This program began in 2002 and since then has allowed 134 artists from over 20 different counties the experience of a lifetime. Additionally, each artist is given £10,000! The art created is usually on display at certain pre-planned events at the distillery and some of the most popular pieces are placed permanently and can be seen on a normal tour.

From the warehouse we moved through to the distillery bottling plant, this is one of two plants that bottle all of Glenfiddich’s Whisky, with their much larger facility located in Glasgow. There seemed to be a few technical issues with the plant during our visit with the long row of bottles moving a few centimetres along the production line before grinding to a halt! This process seemed to repeat itself several times! Of particular interest was an original bottling machine that was used way before modern mechanisation (image below). 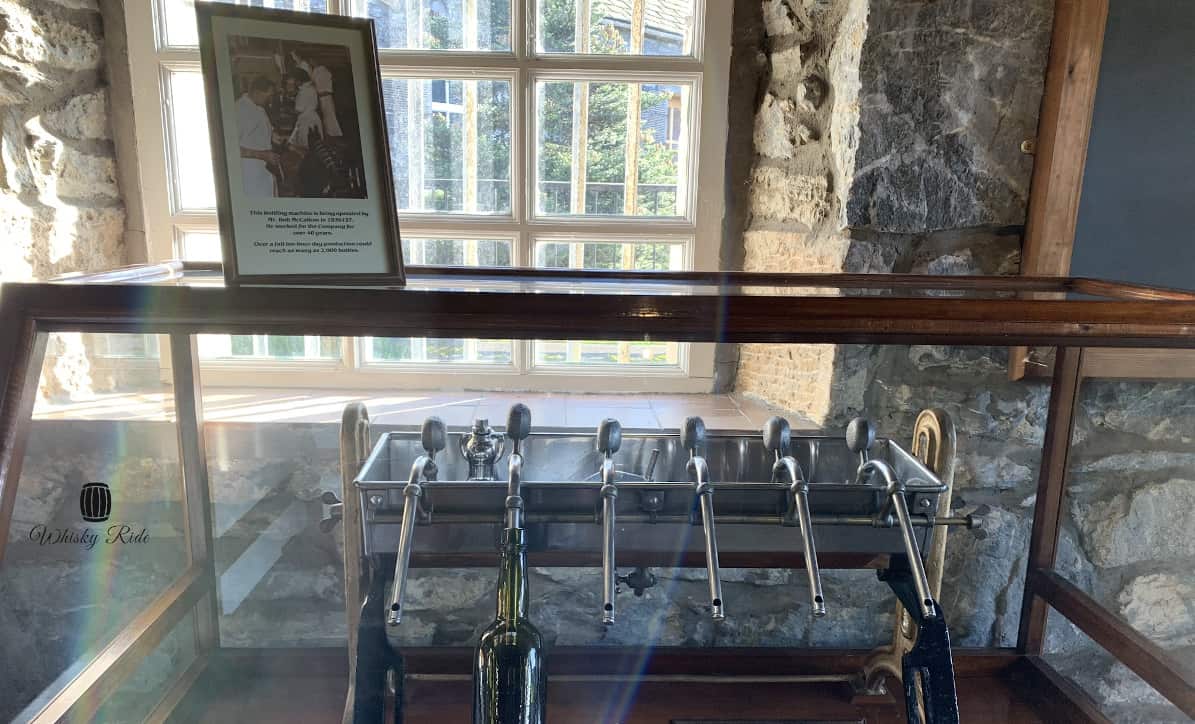 The bottling plant was set up with a viewing window and behind us were a few display cabinets with a variety of bottles on show.  I was particularly interested in the Snow Phoenix which you can see in the bottom left of the image below. Many whisky connoisseurs will know the story behind this limited edition, but for those that don’t. In 2010 a particularly severe snowstorm hit the area and a warehouse roof caved in under the weight of the snow causing a huge amount of damage to barrels stored inside. The staff did their best to salvage what they could amidst temperatures dropping as low as -19 degrees centigrade! The Malt Master decided to commemorate the occasion by selecting some of the American Oak and Oloroso casks from the warehouse that was affected in order to create a special limited edition whisky call the Snow Phoenix. This is one I am particularly interested in picking up for my personal collection! 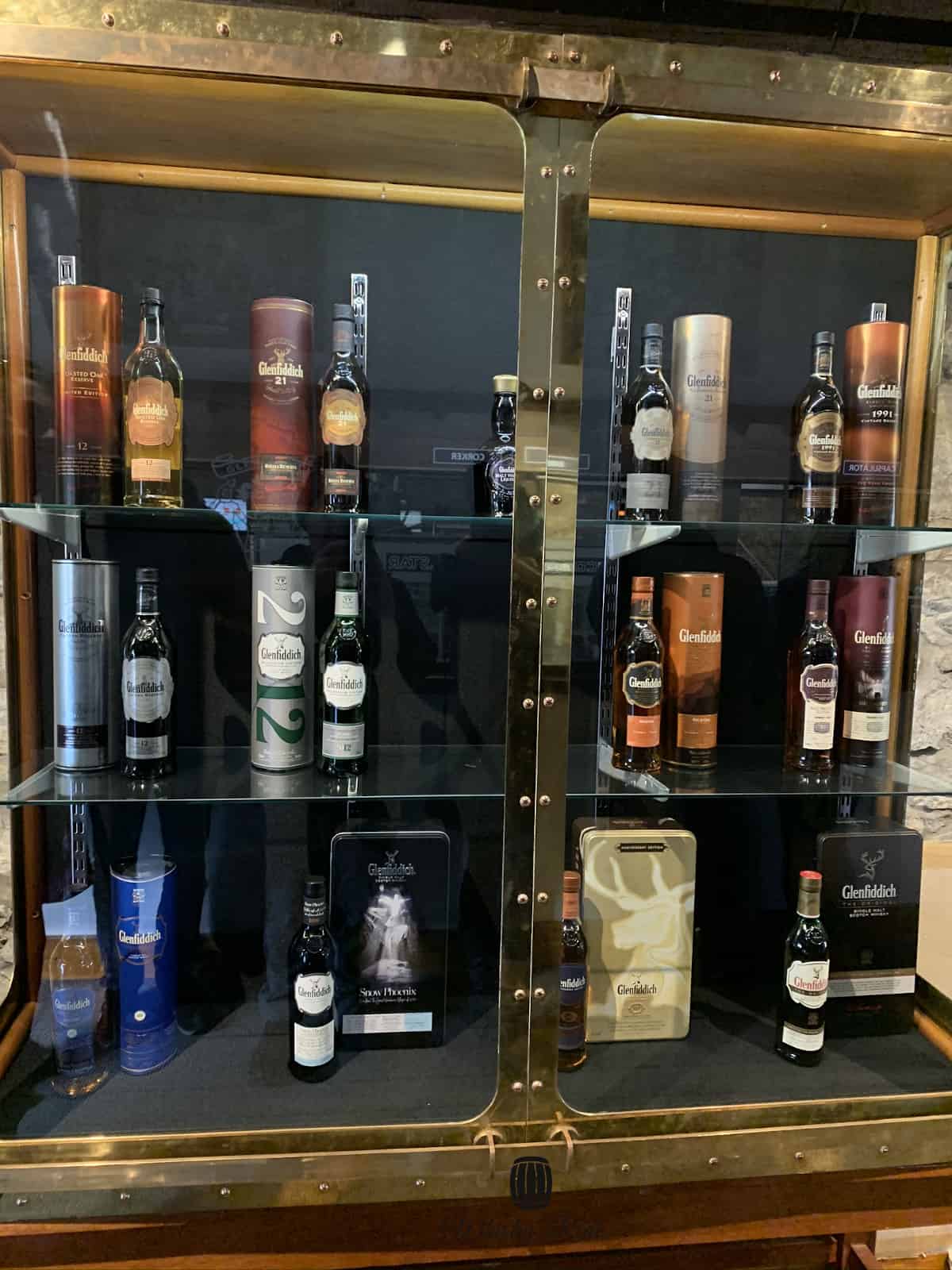 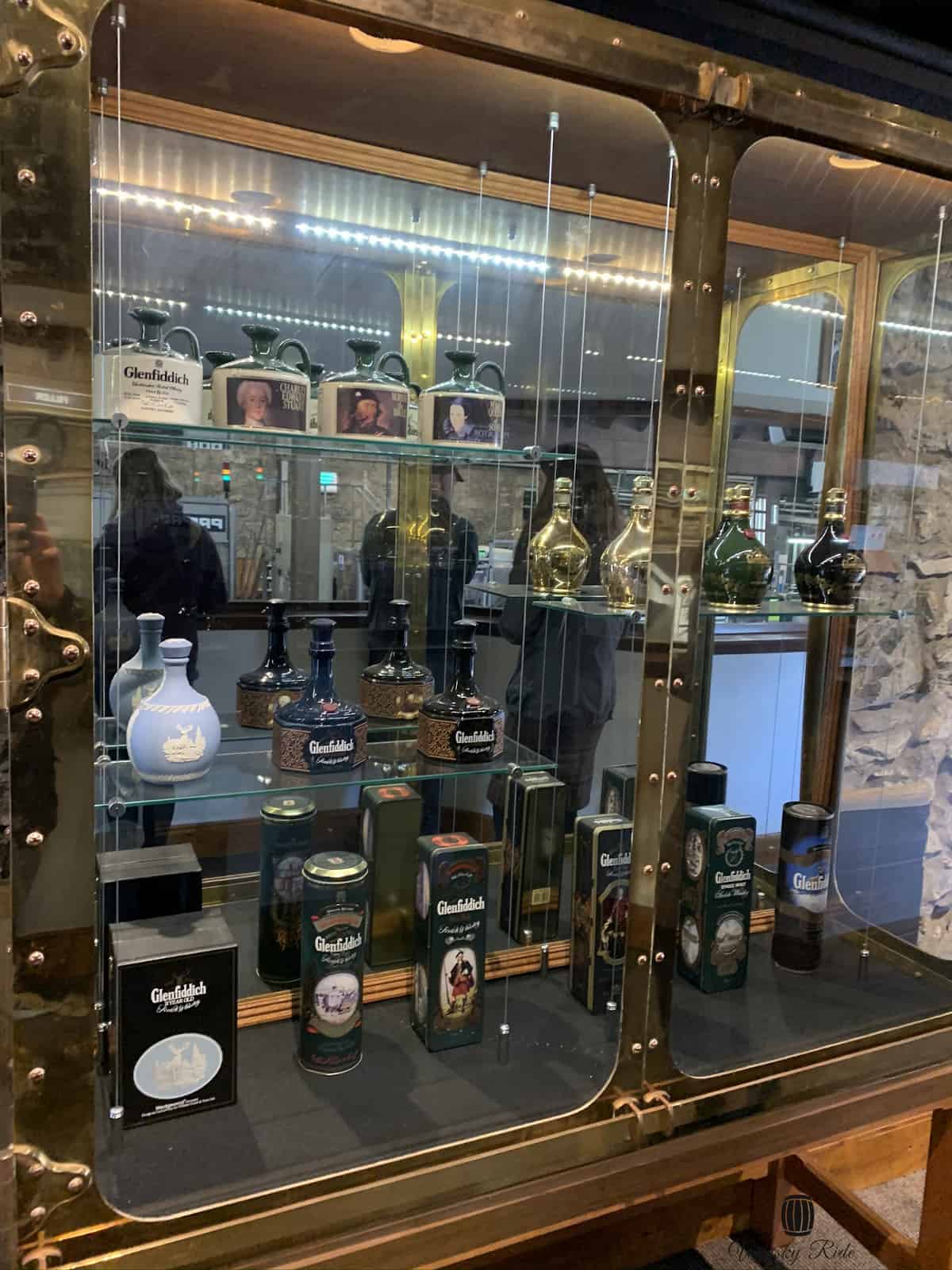 One of the remarkable pioneering changes Glenfiddich has made is the addition of a Biomass plant which can turn spent grains into gas and electricity. The biogas produced could be either injected back into the national gas network or fed into a gas engine to create electricity, this can then be used to power the distillery. Most distilleries send their spent grains and any other waste products to be used as animal feed.

Finally, we moved on to a tasting session where we had the opportunity to taste the Glenfiddich range of 12, 15 and 18-year-old whisky. This is the standard range you would likely find in most supermarkets. There are some optional tours where you can test out some of the finer/older whisky but this needs to be booked well in advance. Out of our group of 8 or 9 people, it was unanimous that the 18-year-old came out on top! 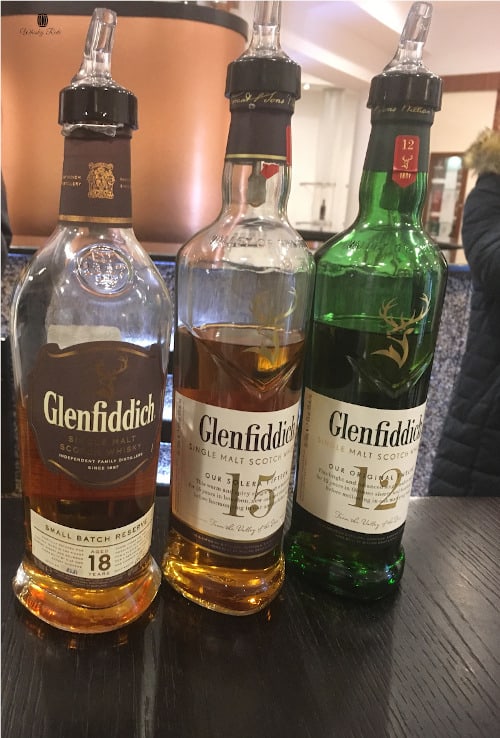 After the tour, we had a look around the shop. The distillery shop is a big light space with all sorts of interesting Whisky related goodies on display. As you would expect, the shop had an amazing selection of whiskies on display, some branded winter clothing and glassware. There was the option to fill your own bottle straight from a cask, with each bottle signed and numbered for authenticity and a record entered under your name in the shop register!

As always with distillery shops, you will find some rare editions and I wasn’t disappointed with the contents of a display case full of treasures directly behind the shop door. I took a picture of a 50-year-old Glenfiddich sitting in its impressive display case. 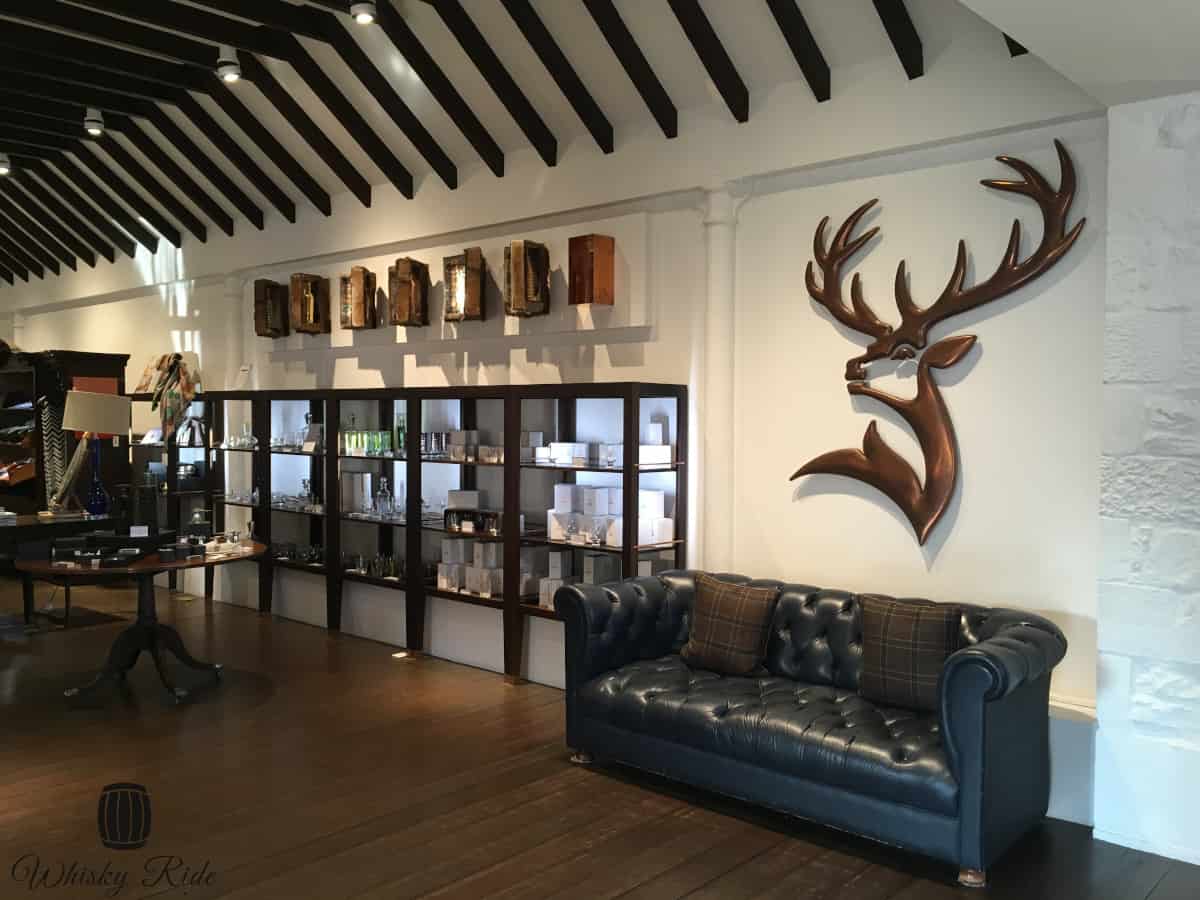 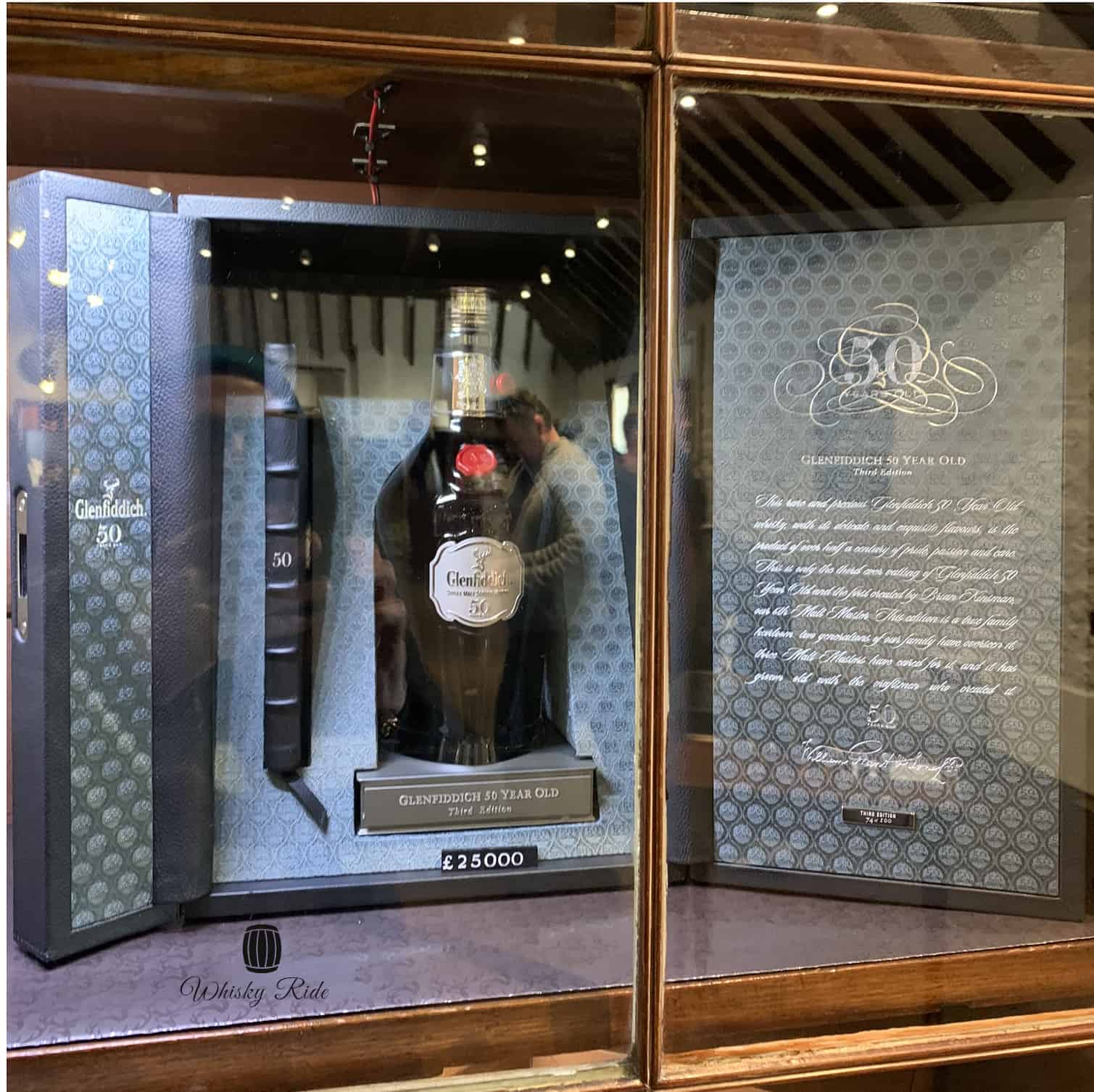 Overall, a tour of the Glenfiddich distillery is highly recommended as a learning experience as well as an opportunity to immerse yourself within the history of this iconic brand. With plenty to see and do I would suggest planning a good half a day to make the most of it.

Where is the Glenfiddich distillery?

The Glenfiddich distillery can be located at the following address 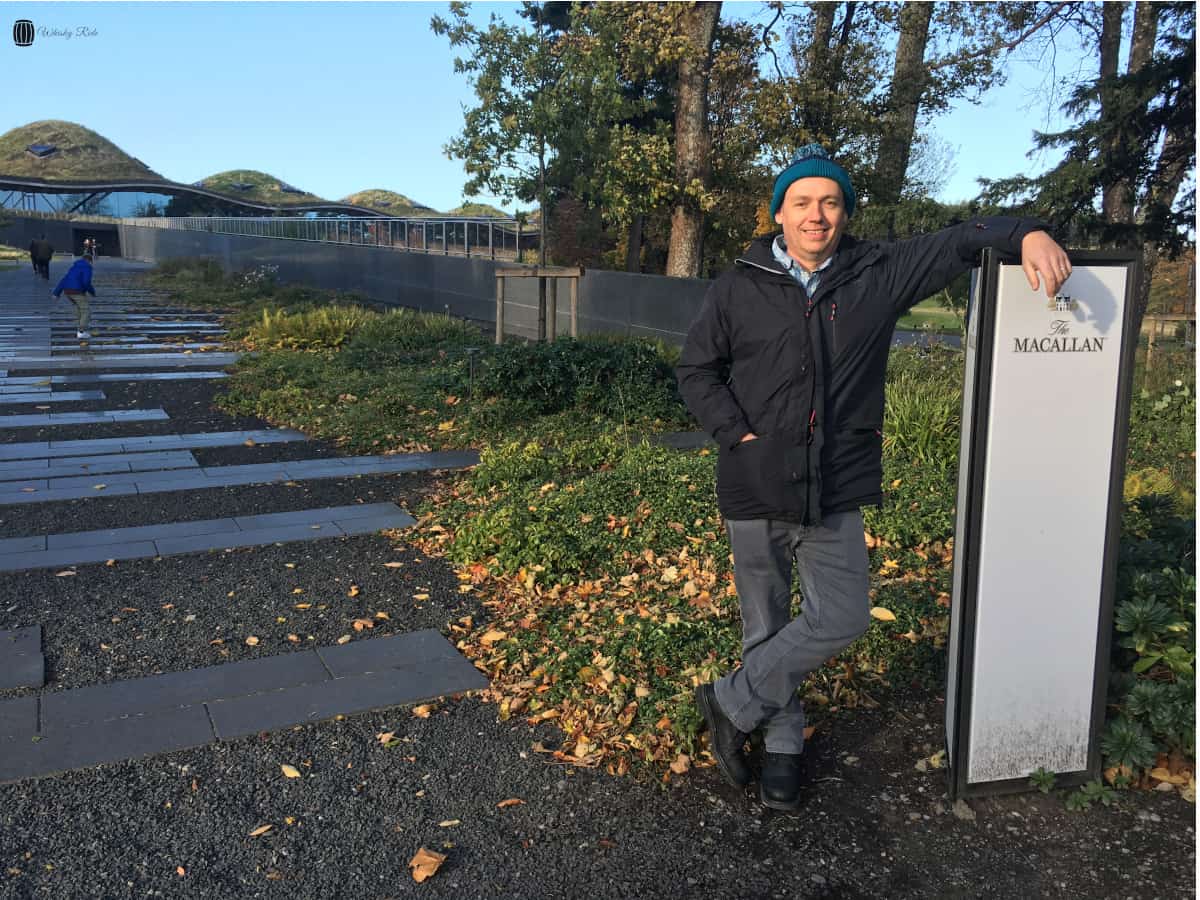 The Magic of The Macallan 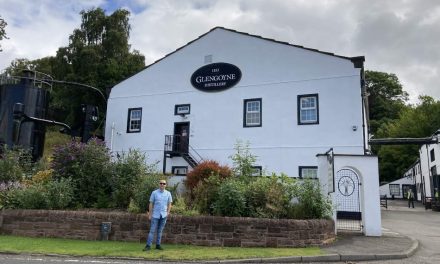 A Tour of the Glengoyne Distillery 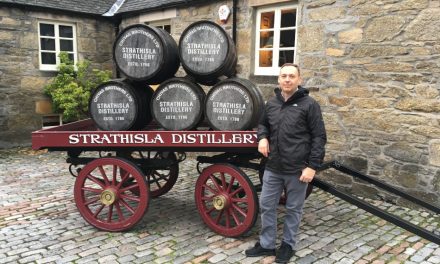 A Visit to Strathisla & Distillery Tour 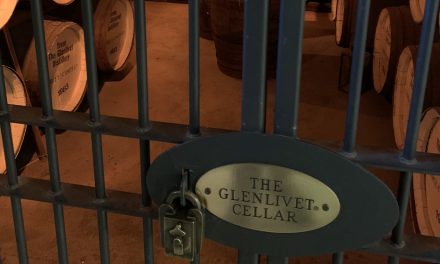