Does Whisky have an Expiry Date? 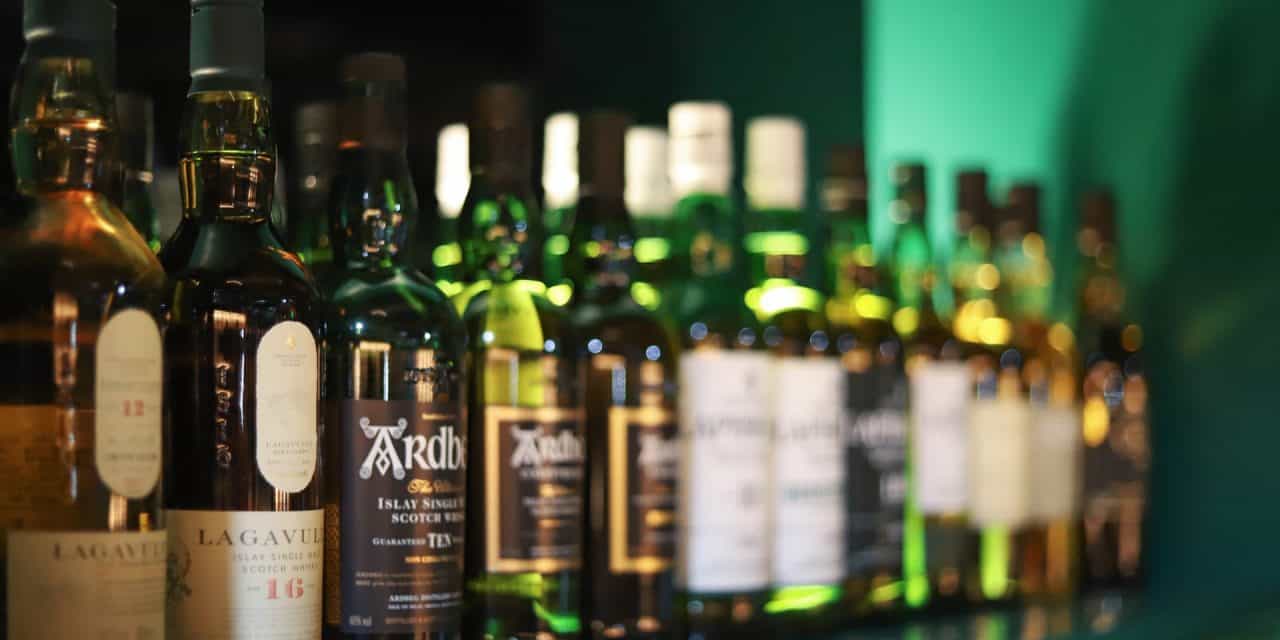 Whether new to discovering the variety of whiskies on offer or seasoned drinkers with years of tasting experience, most of us probably have a collection of multiple opened whiskies around the house. I would believe that for most of us, opening and drinking one bottle at a time is the exception rather than the rule.

Unopened whisky will not go bad or expire and generally lasts for decades, provided it’s stored correctly. However, when bottles are opened environmental factors come into play so it’s best not to keep too many bottles open at once if you plan to drink them over longer periods of time.

I have been doing some research into the best ways to store both my opened and unopened whiskies and ensure they remain in top condition.

How long does whisky last after opening?

Generally, whisky is unlikely to go bad if you keep an open bottle for a long time as the ethanol in the whisky acts as the perfect preservative. Most of us know the effect alcohol has on killing bacteria; so it stands to reason that harmful bacteria will be unable to grow inside a bottle of whisky which removes the biggest risk that applies to almost all other consumables. Having said that, environmental conditions can destroy whisky so it’s important to consider the following to successfully store open bottles. If you use a decanter to keep your whisky then always make the stopper is pushed down all the way and you don’t keep it near the window.

Imagine keeping an open bottle at home without the cork, the alcohol would slowly continue to evaporate dropping the alcoholic percentage until contaminants are able to survive in the bottle. This might result in a foul-tasting watered-down whisky and a likely scenario where it could be dangerous to drink.

Whisky will expand and contract as temperatures fluctuate leading to evaporation if bottles are not correctly sealed after use. It is always recommended to store whisky in a dark place, or at least away from the window which could heat up through the day and away from radiators in homes with central heating,

Most single malt whisky is sealed with a standard cork which is also susceptible to temperature change as it expands and contracts. Even a small gap between cork and bottle will allow evaporation to occur reducing the level of whisky whilst increasing the oxygen content within. The more oxygen in the bottle the more the flavour will be affected over time, especially bottles with a high ABV percentage. Even in the best storage conditions, a tiny amount of liquid will always manage to escape through the cork small fissures within the cork.

Whisky is best stored between 15 and 20 degrees celsius which can be difficult to maintain throughout the year in most climates.

UV light is capable of breaking down organic compounds which alters flavour profiles over time; this is always to be avoided as whisky should be enjoyed how the creator intended. Interestingly, a green glass bottle will let in far less light than clear glass bottle! Light also affects the pigmentation and colour of whisky, which might be somewhat offputting!

Finally, light is a key risk in storing whisky for investment over the long-term. Any loss/change in the original colour of the spirit or fading of the packaging print will have a dramatic effect on the value. if you are collecting valuable whisky then it might make sense to consider some of the professional storage options that are available.

How long does unopened whisky last?

Unopened whisky can last for decades assuming it’s stored correctly within the right temperature range and away from UV or light sources.  Some of the oldest whisky in the world today continues to fetch record prices on auction but it’s unlikely it will be drunk! It’s important to remember that whisky doesn’t age in the same way a bottle of wine does where it can get better with age. A 20-year-old whisky will always be a 20-year-old whisky!

The biggest risk of damaged whisky always comes from the cork, consider the following when storing unopened whiskies.

Can you keep whisky in the fridge?

I have seen this question mentioned a few times recently and if you’ve been reading to this point you will know the answer! Most home refrigerators have a temperature set around 4 or 5 degrees celsius which is outside of the optimal storage temperature of between 15 and 25 degrees.

Lower temperatures will affect the natural flavours and act as a suppressant on the nose. Most of us experience whisky through our sense of smell, surprising I know, as most people assume it would come from the sense of taste. Whenever you take in a sip of whisky, the liquid is warmed as it hits the tongue and the flavour molecules are released hitting your nasal receptors which in turn pass the flavour signals on to your brain. This process will be somewhat subdued when drinking whisky at very cold temperatures. Perhaps that’s why the experts recommend drinking whisky neat without the addition of ice, but then that’s a topic best avoided 🙂

A group of whisky enthusiasts decided to run an experiment putting whisky through some extreme storage conditions, it’s well worth a read! 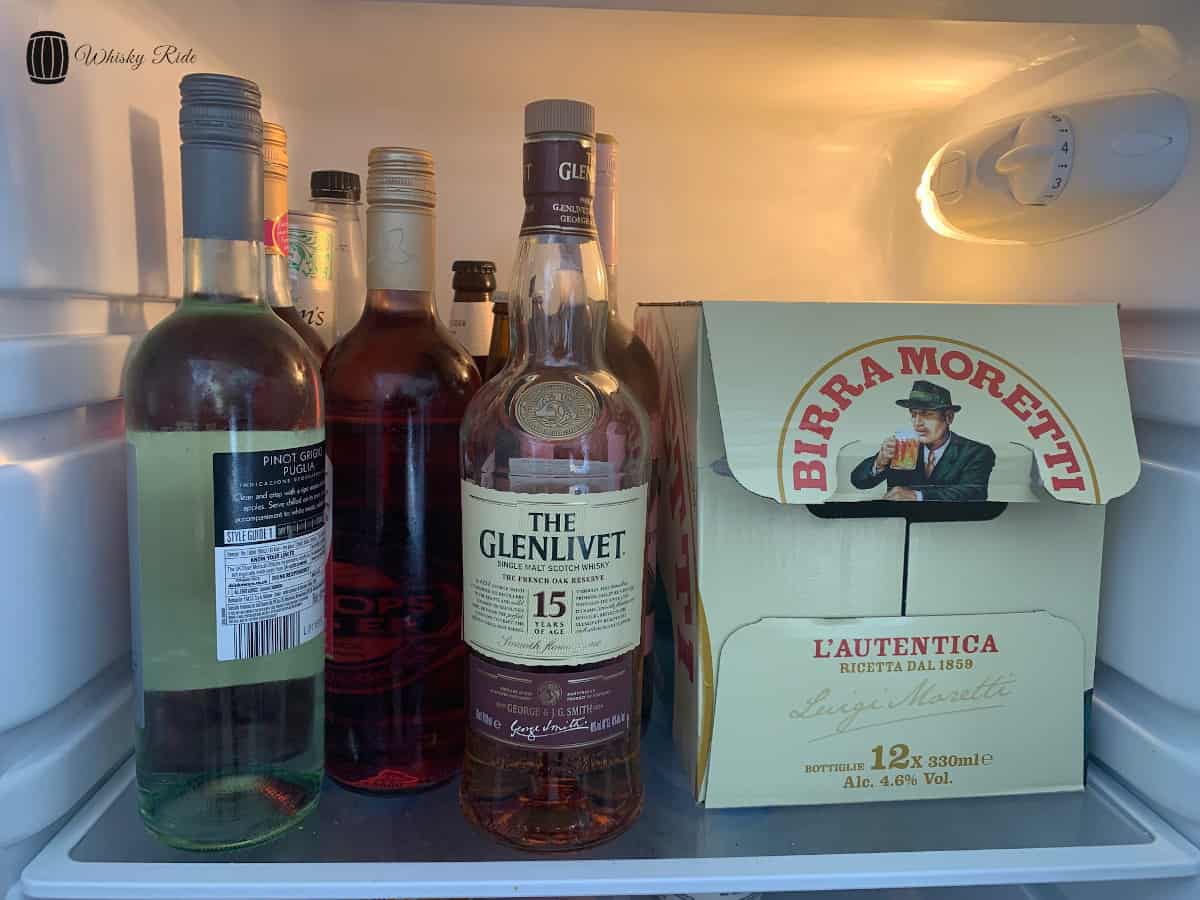 You could argue that most homes are not set up for longer-term whisky storage. Serious collectors will often keep their whisky at a secure facility maintaining strict conditions. I personally keep my (small) collection in a simple cupboard with a solid wooden door. Some suggest the use of an attic or cellar and whilst that could possibly be an option it is almost always impossible to have a regulated temperature away from the main living areas of the home throughout the year.

As most (except for some investment limited editions) of my whiskies have a personal story behind each and every bottle it seems a shame to keep them locked away instead of enjoying them out on display.  I know that proper storage is going to ensure they stay in perfect condition and I will be able to enjoy them as originally intended when I decide to crack them open. 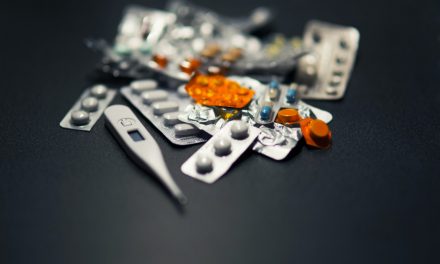 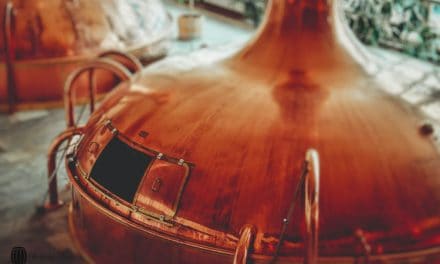 Why is Copper the Best Material for Whisky Stills? 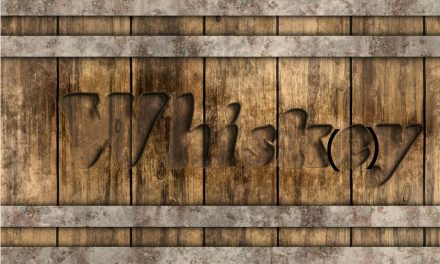 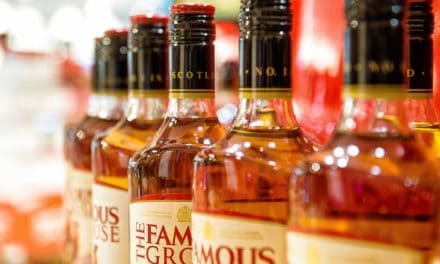