How Important are Whisky Age Statements? 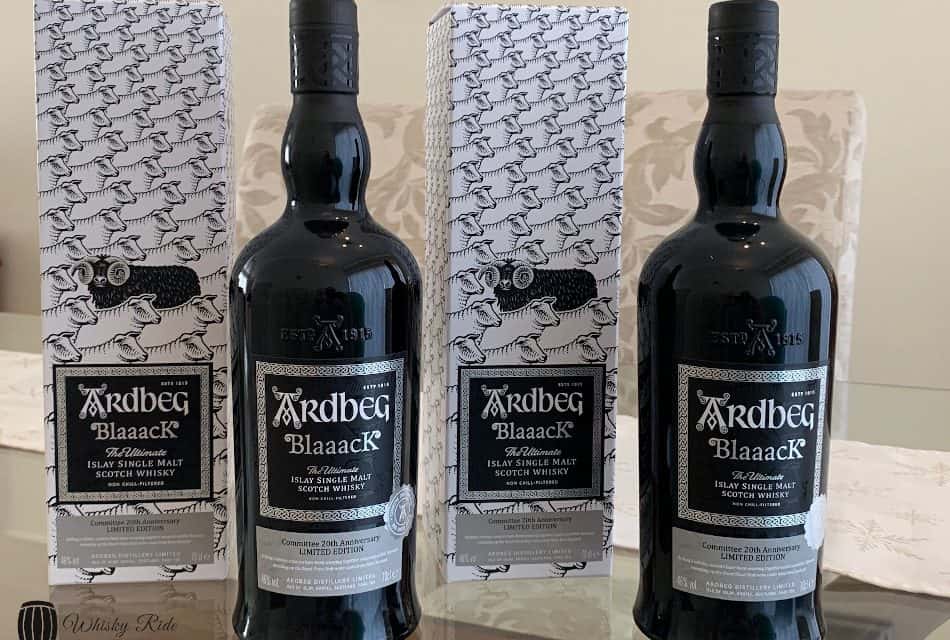 I’m sure many of our readers are familiar with the abbreviation NAS in relation to whisky but we wanted to dig deeper and find out what it means for you, your favourite dram and the whisky industry in general. Does it result in an inferior quality product? How do the distilleries come to a decision to release an expression without an age statement? Keep reading to find out!

A NAS whisky (no age statement) simply refers to a bottling that does not include an age statement on the label. You can guarantee the minimum age of the whisky will be 3 years old to comply with legislation but that’s about all you can guarantee. Master distillers often reveal rough formulas for special releases which generally uncover a blend of different aged whisky which has been selected to achieve the desired flavour profile.

We’re definitely seeing an increasing trend where distilleries release more and more NAS whisky. To try and remove the focus away from the NAS bottling status of new releases, many of the well-known distilleries are releasing NAS whisky as special or limited editions; and there is no shortage of hungry buyers! A quick scan over the current whisky auctions will make it obvious that NAS whiskies are fetching top of market prices. NAS whisky is becoming as popular as aged spirit, but I think in many cases it’s mainly down to collectability!

The conspiracy theorists among us will have us believe that surging global demand is beginning to deplete stocks of quality aged whiskies; to replace sufficient stock of 15 to 18-year-old whisky would take, you’ve guessed it, 15 to 18 years!

Interestingly, you will be hard to pressed to find age statements on US whiskey Bourbon and Rye so it’s generally it’s something that’s only discussed with Scotch.

In Asia, where the popularity of Scotch whisky has literally exploded, high-quality whisky is now considered as gifts, shared as a celebratory drink around successful business deals and often simply put out for display. Expensive single malt from the leading distilleries has become a symbol of success and status which has increased demand and pushed up prices. An 18-year-old Macallan can set you back close to $400 which is an incredible amount for a (non-collectable) bottle of whisky.

We are definitely seeing a trend where distilleries release more and more NAS whisky. To try and remove the focus from the NAS many of the well-known distilleries are releasing NAS whisky as limited editions and there is no shortage of hungry buyers! A quick scan over the current whisky auctions will make it obvious that NAS whiskies are fetching top of market prices – the NAS whisky is as popular as the aged stuff due to the collectability! The conspiracy theorists among us will have us believe that surging global demand is beginning to deplete stocks of the good stuff; to replace sufficient stock of 15 to 18-year-old whisky would take, you’ve guess it, 15 to 18 years!

Interestingly, you will be hard to pressed to find age statements on US whiskey Bourbon and Rye so it’s generally an issue with Scotch whisky only.

In Asia, where the popularity of Scotch whisky has literally exploded, high-quality whisky is now considered as gifts, shared to celebrate deals in business meetings and often simply put out for display. Expensive single malt whisky from the top distilleries has become a symbol of success and status which has increased demand and pushed up prices. An 18-year-old Macallan can set you back close to $400 which is an incredible amount for a (non-collectable) bottle of whisky.

Are we running out of scotch whisky?

That’s a difficult question to answer as it’s unlikely major distillers are going to publically discuss their stock levels, especially if there’s a chance they might be running out. I’d suggest that we probably have less available stock than we did a decade ago due to the explosion in popularity of scotch whisky around the world, and of course, that is going to lead to supply problems in general.

It makes perfect sense that a product taking so long to prepare will suffer if demand increases as businesses can’t really plan 15 years ahead that accurately; it has to be the best estimate!  There’s some interesting history surrounding the demand for aged whisky which we’ll talk about below.

The NAS whiskies offer distillers the creative license to build blends that we wouldn’t get to experience if we strictly bought aged spirits only. For example, a NAS whisky might contain 3-year-old blended with a 9 and a 14-year-old whisky to create something you wouldn’t normally get to experience. The options for creativity are unlimited which offers more freedom to creative distillers like The Macallan to experiment.

Has Scotch whisky always carried an age statement throughout history?

Well, this is the interesting part and the answer is no! Most whisky sold before the 1970s didn’t contain any form of an age statement at all. It was only when the demand for Scotch suddenly began to grow in the early ’80s that distilleries decided to put an age on the bottle. They thought it would give the product more credibility and allow them to command a higher price – clever marketing really!

Of course, adding age statements turned out to be hugely successful for decades until the recent explosion in popularity. This has caught the distilleries unaware and forced them to think outside the box. It could be said the whisky producers themselves have created their own problem as they will have to somehow re-educate the public to believe that NAS whisky is a quality product and not inferior to the aged labelled spirits.

As aged whisky continues to climb in price there’s a danger the next generation will view aged Scotch as an expensive and out of reach product. This would likely lead to focus on other, more affordable, drinking options. If this happens it could spell disaster for the major brands and in some way, the NAS whiskies are a solution aimed to address the problem. Often the NAS whisky is limited and a lot of effort goes into the packaging to make sure it’s modern and attractive in order to hold the attention of the younger generation in their 20s and 30s.

Are no age statement whiskies lower in quality?

One of the perceptions is that NAS whisky is lower quality as it doesn’t have the maturation time of a well-aged alternative. It’s a hard one to solve as there are two schools of thought between the people who value and are prepared to pay for an aged drink they’ve probably enjoyed for years and the younger enthusiast who perhaps enjoys experimenting through different expressions and flavours. Between the two options, there is no loss in quality, just a different approach.

According to Scottish law, if age is printed on the bottle it must reflect the youngest whisky of the blend. So, as an example, if you had a bottle containing 99% 25-year-old whisky and 1% 5-year-old whisky the label would have to read as 5. Personally, I don’t agree with this and I don’t understand why we can be more accurate on the labelling; similar to the food industry who have no choice but to be completely transparent about the contents on the packaging.

I’ve seen this question asked on various forums and within groups but the answer, as with most whisky-related things, is to try some and see what you think. As with anything in life, there are good quality no age statement whiskies that are extremely popular – think of some of the limited editions from Ardbeg or The Macallan (I’ve included the Macallan Edition 3 &5 in the image below) – and there are some that seem to be flat, lacklustre in flavour and largely written off as a dram to avoid.

Don’t simply write off a whisky because it lacks an age statement; it may well contain a percentage of aged whisky making up a strong blend and end up delivering some superb flavours. 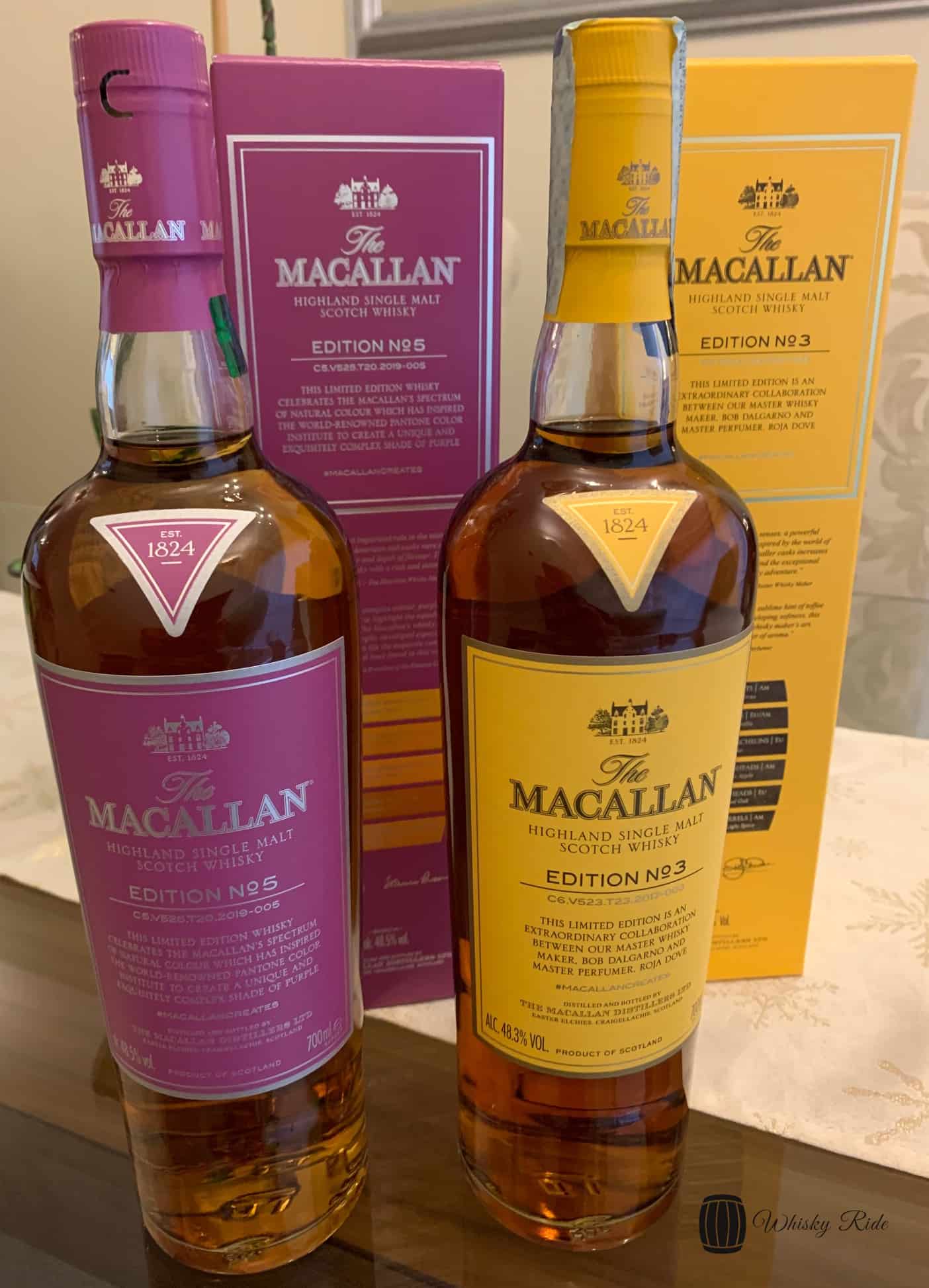 One of the major misconceptions is that older whisky tastes better than younger whisky. Whilst that will likely be true in most 12 to 20-year-old whisky it’s often a misconception based on the massive jump in pricing when a whisky goes beyond 20 years. We generally equate quality with price in today’s world so it stands to reason this would be no different. Whisky normally hits a point during maturation when the flavour isn’t really improving or it’s taking on too much of the wood; leaving little else to taste.

The fact the whisky is older doesn’t mean it’s better or higher quality!

Around 60/70% of the flavour in whisky comes from the cask wood and this is a process that takes time. There is an argument here that younger whisky will never develop the deep flavour of an aged whisky, simply due to the science behind it. As whisky ages, through the temperature fluctuations of the many seasons, it draws in and out of the barrel absorbing more and more flavour which ultimately defines much of the finished result. A younger NAS whisky may not have the same opportunity and will, therefore, lose one of the vital components that makes whisky, well…whisky! This is why not all NAS whisky is the same and it depends if the distillery has added some older whisky to the blend ensuring which can make all the difference.

Finding that tipping point for the distiller is quite difficult as the variance between barrels comes into play;  most whisky, even-aged whisky,  is blended from multiple barrels which are unlikely to have all matured in exactly the same way. This results in taste variations between common bottlings. The variance comes from temperature fluctuations, storage conditions and the different barrels making up the batch. So although we expect quality control and consistency from specific brands with age statements there will be shifts in the flavours over time; it’s these changes that give single malt whisky it’s character!

Really, at the end of the day, taste is subjective and I think most of us will find both aged statement and NAS whiskies that we enjoy. Leave a comment below to let us know your thoughts. 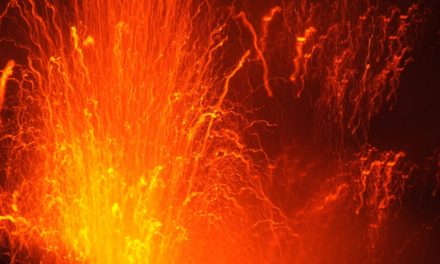 Does Whiskey Give You Heartburn? 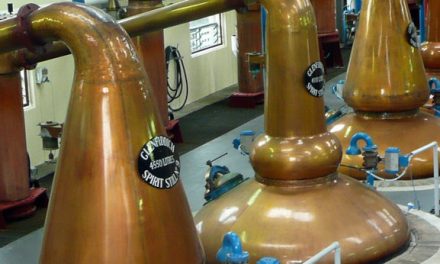 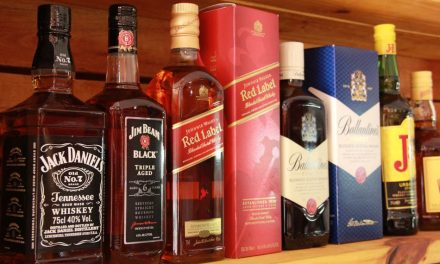 Bourbon vs Scotch – Which is Best? 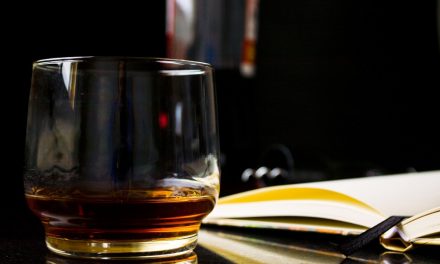